Recently, my friend Theo pointed me towards his amazing idea and execution of programming ‘paintings’ with the help of randomization.

I was fairly taken by the idea of programming with randomization to create sort-of-art. I kept thinking about cellular automata but reckoned that they often created outcomes that looked:

I figured that the latter could maybe be tackled by applying lots of smoothing, both on input and output image. The former seemed a bit harder to tackle as I’d need explicit rules/probabilities for something that would

How to get ahold of such rules? 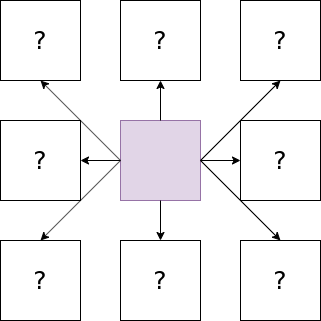 In this particular visualization one would need to look up the distribution conditioning on the own color being violet. Each arrow represents an independent draw from that distribution.

Yet, such a conditional distribution over colors needs to be defined. I didn’t feel sufficiently inspired to hard-code one myself. Hence the need to learn a conditional probability table of the sort: \(\Pr[color_{neighbor}| color_{own}]\). This could be inferred from a conditional histogram of an actual image.

Assuming the existence of only three colors, such tables could look the following way:

What histogram to use? The natural answer for an image processing project had to be Lena.

Given the nature of the ’neighboring’ relationship and the fact that

this relationship is naturally represented by a fully connected Markov chain. 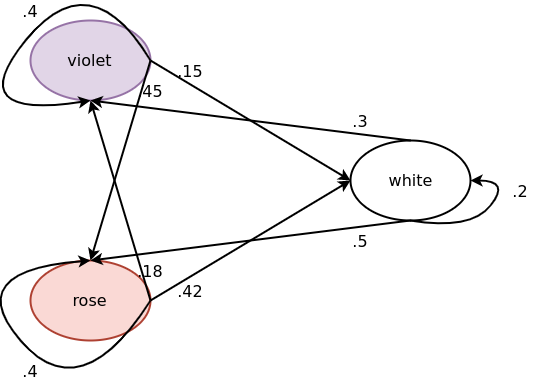 Put explicitly, the approach corresponds to the following:

Note that the 5th step corresponds to starting a (respectively, many) random walk(s) on the Markov chain for every neighbor.

Also note that the 5th step is not parallelizable by default as it requires some mutual exclusivity on writes. Hence this could take a while for high resolution pictures without further concurrency enhancements.

I stumbled upon Jonathan Mackenzie’s github repo, which provided all of the necessary functionality. 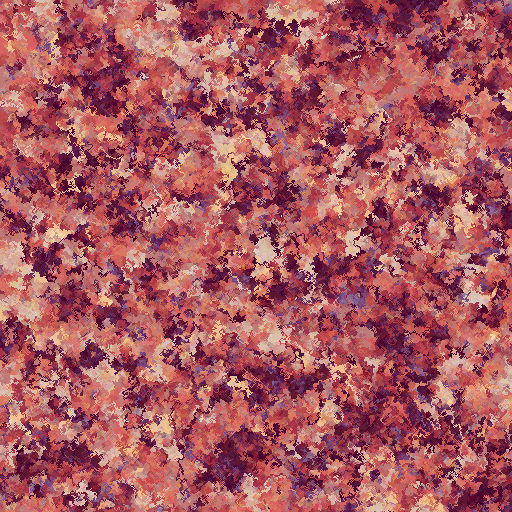 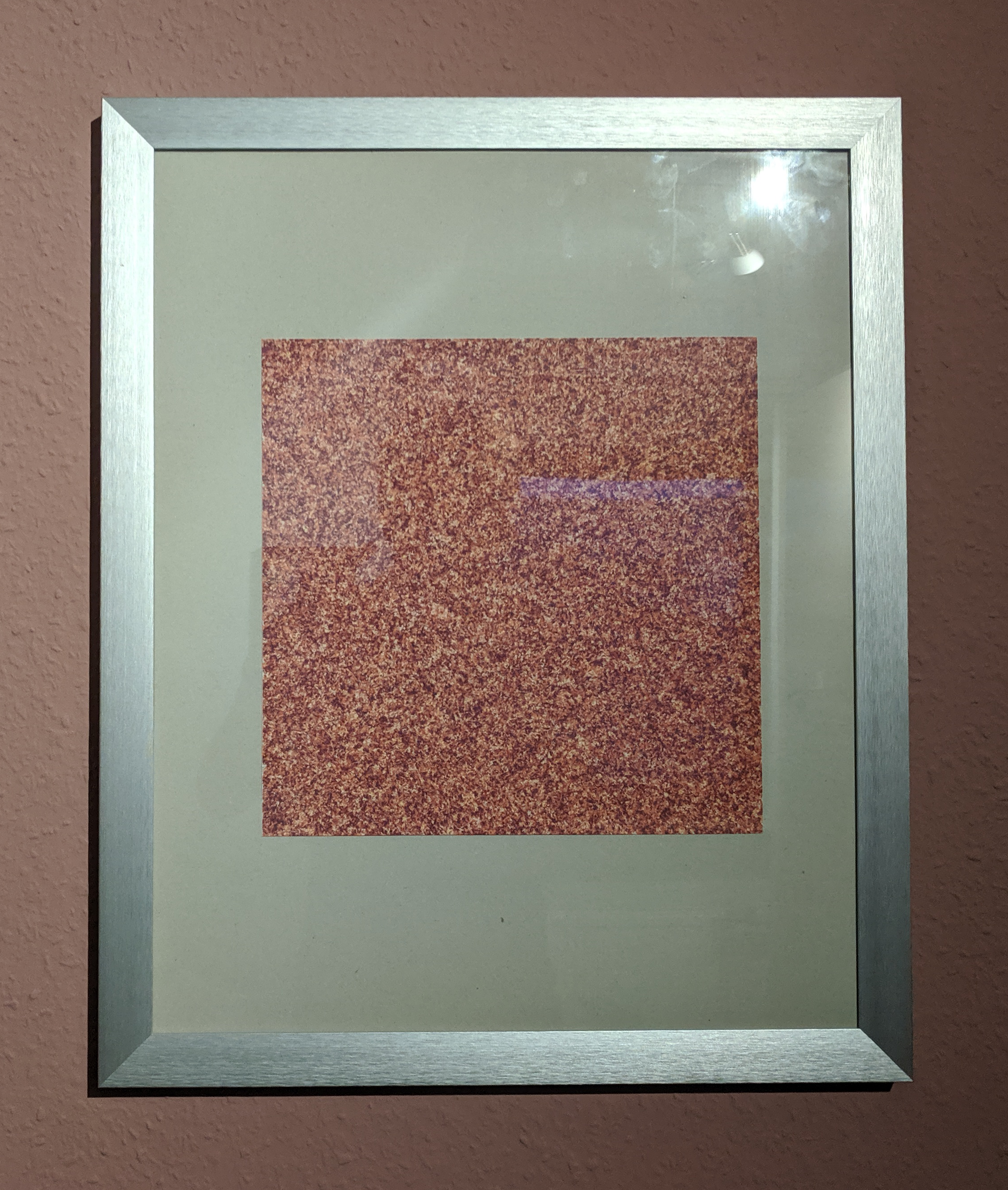